How to play chords / How to read chord boxes

Chord boxes are diagrams that show which strings to stop, and where to stop them, to play any specific chord. They represent the neck of the guitar, with each vertical line representing one string. The line on the furthest left represents the sixth string, the one next to it the fifth, and so on. Unless indicated otherwise, the line at the top of the diagram represents the nut.

Interpreting chord boxes is pretty simple: each line represents a fret. Dots are drawn where the fingers are supposed to rest. If a string is to be played without stopping it, it is marked with the symbol O. If, however, the symbol X appears next to the string, it is understood that it should be muted or avoided. 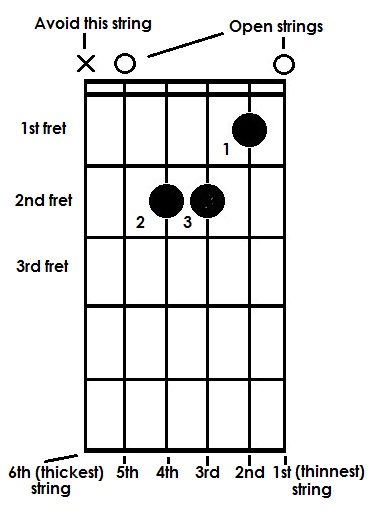 Sometimes, each dot will be labeled with a number, representing the finger which should be used. For these purposes, left hand fingers are referred to as 1, 2, 3, and 4 (index, middle, ring, and little, respectively).

Open chords are basically chords in which not all the strings of the guitar are fretted. That is to say, some strings ring are allowed to ring open when strummed by the right hand.

The open chords listed below are among the first things that beginner guitarists have to learn, as the serve as the basis for most of the advanced chord shapes. Many famous songs can be played using just a couple of these open chords, a fact which should encourage the beginner guitarist to practice them, as it will not be long before he/she develops the tools to really start playing.

These chords should be practiced with care: they are the cornerstone for much of the technique to be developed later, and memorizing a mistake in this instance can hamper the learning process later on.

Special care should be taken that all strings ring out clearly: first strumming the chord and then picking string by string to make sure that the hand isn't muting any sound. If that should happen, arch your fretting hand to make sure that the strings are pressed only where they should be, and with the tips of the fingers (as opposed to the flat).

Remember that, as it is standard practice, the fingers of the fretting hand are referred to as 1, 2, 3, and 4 (index, middle, ring, and little respectively). 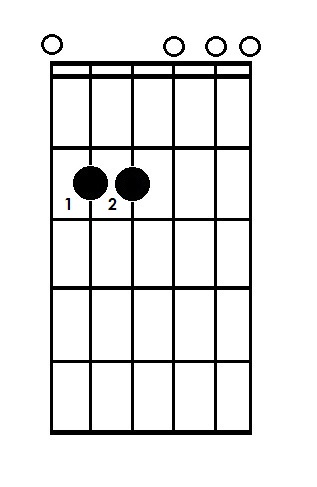 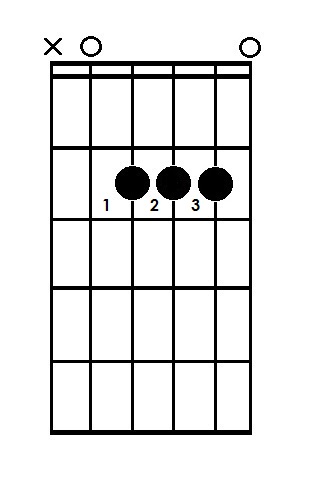 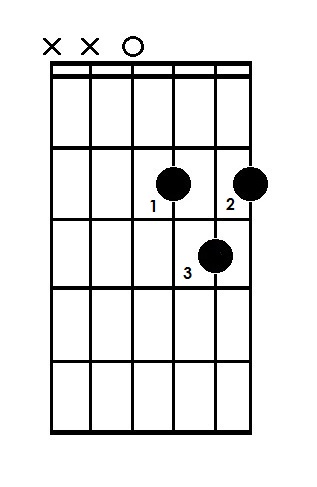 This chord poses a little more difficulty than the previous ones, particularly because it takes some practice to master strumming without hitting the sixth and fifth strings. 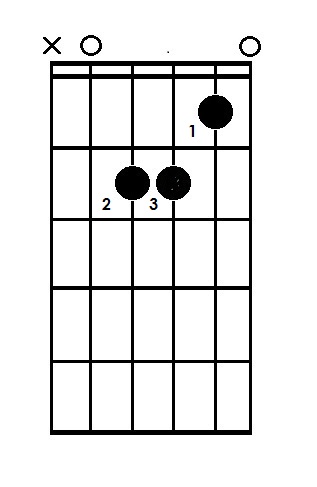 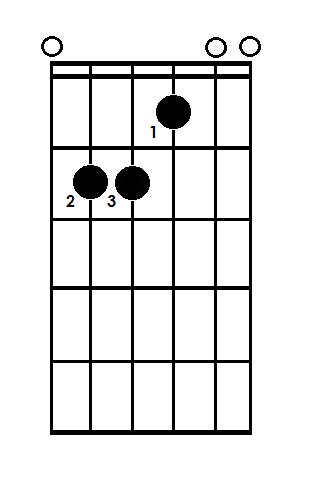 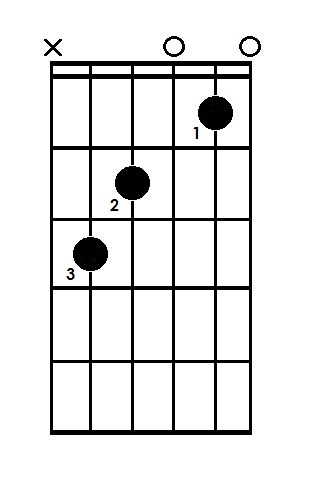 This chord requires more stretching than the previous ones. When strumming, remember not only avoiding the sixth string but also placing the index finger (1) carefully on its tip, so that it doesn't accidentally mute the first or third string. 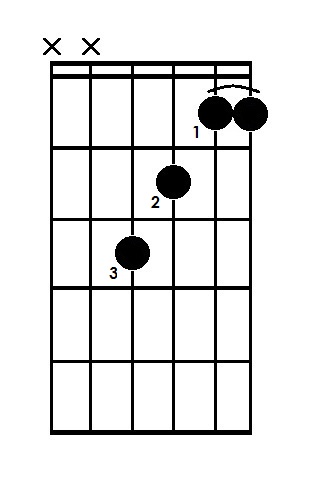 Probably one of the trickiest basic open chords, F major requires that not only the two lowermost strings are avoided when strumming, but that the first finger is used to fret the first and second strings at the same time (indicated by a bracket in the diagram). In order to do this properly, the pad of the finger must be used to cover both strings, and a certain amount of strength must be applied so that they ring clearly. At first this chord will take a good amount of preparation, but once it is mastered it will open the door to more complex chord shapes. 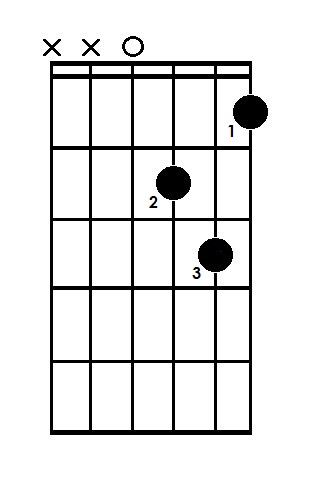 A really simple chord, special care must be taken that the fifth and sixth string do not ring when strumming. 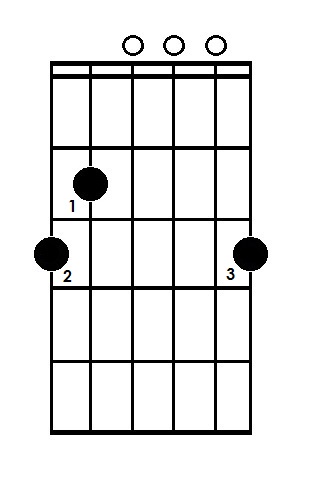 Possibly the open chord that requires the most practice, it is as tricky as F major, but in the opposite way: while F major requires to cram all the fingers very closely, G major demands a great stretch, which makes it slow to prepare, and tends to impose some strain on the fingers. More than in any other chord, it is important to place the fingers carefully so that they don't mute the second, third, and fourth strings. G major has at least two common alternative fingerings: the first of them is 3-2-4 as opposed to 2-1-3 (shown above). The second one is 2-1-4, adding the 3rd finger on the second string, third fret. As always, the choice of fingering should be based on the efficiency of movement.

There are countless other chords that qualify as open chords. The ones shown above, though, are the basic ones, and learning them properly is the first step towards learning barred chords and other chord shapes. Knowing these basic chords should allow the beginner guitarist to play some basic songs.

In the first stages of learning, it is not of vital importance to understand every bit of theory behind the notes: memorizing these basic chords names should suffice for now. As the student advances he/she will approach the chords in new ways, understanding why they are called like that, how they are built, etc.